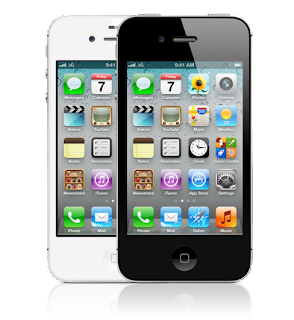 This week, my mom made the leap into smartphone-land and bought
an iPhone.  My dad and I both have
iPhones, and we’ve been using Apple products for years now.  The iPhone is more complex in
comparison to her old phone, an LG En-V 3.  And since non-data phones are becoming hard to find and increasingly obsolete, she went for
the iPhone.


Technology is ever-changing, as we all know, as are its effects on
society and how people operate.  As a communication major, this is
something I’m almost wired to notice in any situation. How can you not,
especially in the 21st century?  You really can’t miss them.  Allow me
to elaborate.

Remember when you had to call someone on a land-line phone?  And hope you didn’t cut off their dial-up Internet?  That’s barely an afterthought these days.  Cell phones make it ten times easier to reach someone via a call or a text.  In fact, more people choose to text than call, for any number of reasons.  Before the texting wave hit, the medium of choice was instant messaging on the computer.  Remember AIM?  I believe that the increase in technological means of communication is leading to a decline in face-to-face talk, or at least making it more difficult.  Here’s why: people become more comfortable behind a screen, forget how to make eye contact with others, and eventually find it difficult to carry on a real conversation.  Some people say things in a text or computer message that they would never dream of telling someone face-to-face.  It’s also easier to bend the truth this way, because people can’t notice your body language or pick up on physical cues.  In many cases, sincerity is also lost.

And that’s not even touching on the effects on language and writing skills.  One of my biggest pet peeves is and always has been “chat speak”: using “u” in place of “you,” “ur” in place of “your/you’re,” and the multitude of other abbreviations that I have to decipher every time I see them.  Originally, chat speak was created to reduce the cost of texting when each character had a cost attached to it.  Hard to believe that’s how it started, isn’t it?  Admittedly, I use “lol” or “idk”  every now and then, but I try my level best not to let it or any of the other abbreviations work their ways into my daily vocabulary.

Part of it is the nature of electronic communication, perhaps with the exception of email since it allows for lengthier messages.  At one time, a text message on a cell phone could only contain so many characters…160, I believe.  Twitter is the same way; tweets are limited to 140 characters (that’s my biggest annoyance with it…just 20 more characters, please?).  Status updates on Facebook were once limited to 160 characters, but that has since expanded to well over 60,000.  With restricted character limits, you’re almost forced to commit some terrible grammatical mistake just to fit it in the allotted space.  Sentences are choppy, and often aren’t even complete sentences.  Again, users become well-adjusted to these formats, and sometimes it overlaps into other situations when better and more professional writing and speaking skills should be used.

With that being said–and I’m about to go all super communication-major on y’all–I cannot stress how essential it is to be good, solid communicators, in both written and verbal contexts.  In fact, good communication skills, written and verbal, and the ability to think critically are top qualities that employers look for in hopeful applicants.  You have to be able to communicate your ideas, thoughts, results, etc in a wholesome, clear, coherent manner so that everyone can understand what you want to say.  You have to be comfortable doing that, too.  Discomfort leads to a more difficult time communicating, which leads to all sorts of confusion and trouble down the road…but I digress.

I hear it almost daily being a communication major, especially in public relations.  Admittedly, it gets a little old, but that doesn’t take away the importance of the message.  Part of the reason I’m studying communication is so I can help people become better communicators.  I’ve said it before, but I really cannot stress it enough: be a good communicator!  It will do so much for you!

Our relationship with technology is of the love-hate variety.  It’s convenient, but sometimes it gets away from us.  Think about it: when was the last time you saw a non-data phone?  Every time I pass by the Verizon stand at BJ’s, I look, and in the past year, I have not seen a “regular” cell phone.  Don’t get me wrong, I love my iPhone to the moon and back, but when I think about how accessible it makes me, and how easy it is for me to find someone or something…it really makes me wonder: what’s next?  And only time will tell.